The quintessential April experience is that nights are cold (last night the temperature dropped to about -7 celsius) and days are warm. Well, warm on an April scale, i.e. around + 5. This causes a weird perpetuum mobile: what melts during the day, freezes during the night and vice versa. 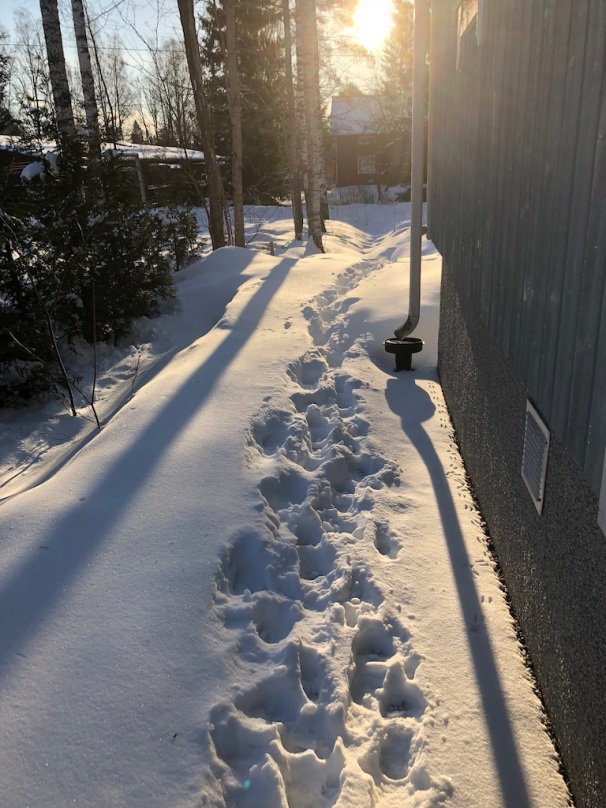 This means it might look like a crisp winter in the morning and (a sort of) spring in the afternoon.

I should not have complained about missing personnel yesterday. I seem to have set a curse on myself: a soprano pulled out of a concert in three weeks’ time and a countertenor of Sunday’s concert called in voiceless soon after. After a deep sigh I set about finding a substitute for Sunday (countertenors don’t grow on trees in these parts) and worked out a scheme for moving sopranos around to cover for the lost soprano.

Two rehearsals, a meeting and a one-on-one with an aspiring conductor was the day’s ticket. All went well and the day felt shorter than it should have. One of the highlights was reading through a couple of motets from Johann Hermann Schein’s Israelsbrünnlein. This collection of 27 motets was published in 1623 and dedicated to the Leipzig city council. Somehow I struggle to find parallels for that in our time.

The Fountain of Israel is a collection of motets to psalm texts and other sacred texts for five voices and continuo. Schein makes it clear that his ideals come from Italian madrigals, and seems to draw specifically from Monteverdi’s IV and V Book. This means that the motets are highly expressive, polyphonic and text-oriented. If you do not know the collection, heed my advice and have a listen – this is wonderful music. If you want to have a look at the scores, there is a good edition available on CPDL.

I’d chosen one motet a little tongue-in-cheek knowing that its text would raise a few eyebrows. It is the Freue dich des Weibes deiner Jugend, Rejoice in the wife of your youth. The text is from the Proverbs (5:18-19) and verse 19 is quite saucy, especially in its modern translations: As a loving hind and a graceful doe, Let her breasts satisfy you at all times; Be exhilarated always with her love.… It seems that the Bibles of Schein’s times had faded out the breasts and just refer to the hind and doe, but it is pretty clear the text is not exactly modern.

This made think of the phenomenon on a broader scale: how should we treat texts that seem ill-suited to our times? Even if the context of the Freue dich softens the blow (it seems to warn against infidelity and to encourage enjoyment of marital delights), it is not hard to see the text as somewhat misogynistic, or at least representative of the patriarchy. Choral music has plenty of texts that have similar problems. How should we react to this?

The progressive answer could be to a) to decline to perform problematic texts or to b) edit the texts to be less offensive or dubious (for example, replace the ‘Jews’ of the passions, with ‘crowd’). The traditionalist answer would be to sing the music as it is and understand it as an expression of the values of its time, just like all historical artefacts. As a perpetual fence-sitter by nature, I find merit in both approaches. I think we do need to consider very carefully the texts we sing, and music is never only a historical artefact, but something that happens here and now. Still, changing the text seems a slippery slope I would rather avoid. And I would certainly not want to miss out performing wonderful music because the text is not entirely in accordance with how we think now.

My answer would probably be to raise the question in the program notes or a pre-concert talk, give context and explain from where the texts originate and what their intention was. Oddly enough, I find audiences react quite seldom to texts, even when they are printed in the program. Music is such a strong medium that it tends to both obscure and colour the texts to the point that any offensive content feels less offensive in its musical context. Despite that, I still think it would wise to explain even before asked. And I believe that a deeper understanding of the text will in also benefit the performance of the piece.