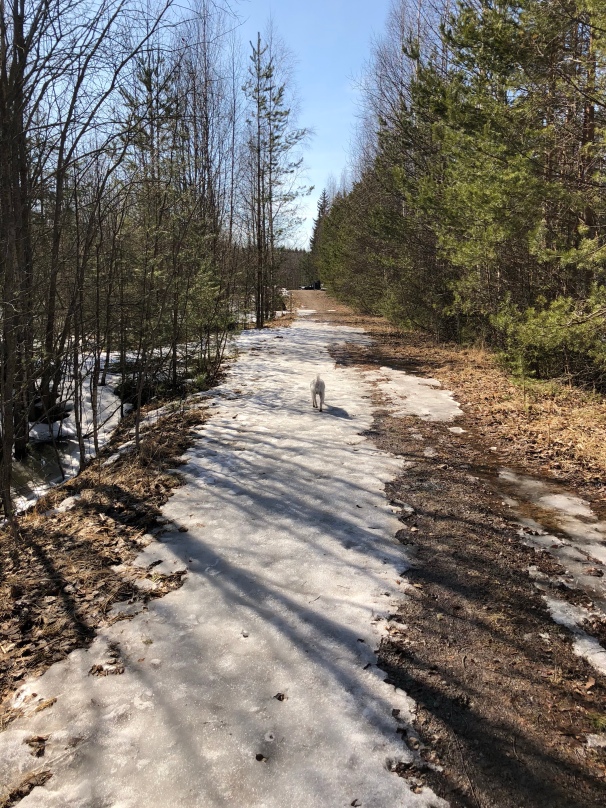 Back to the south. Sunny, +8 degrees and the snow is quickly melting.

Male choir rehearsal in the evening. It took a little time to get my head around to this set of music. But both the choir and I seem to be getting there. The rehearsal went well, in part really well, and it feels like people’s expectations are rising and there is optimism in the air.

The program is very demanding for the group. Practically all the music is from the 21st century. It is not that difficult harmonically, but there are tricky passages in all the pieces. I love the diversity of the program. It certainly is not stereotypical male choir music.

In fact, I am often irritated by the assumption that male choirs are more traditional than other choirs. Sure, they have lots of traditions because they happen to be old choirs (Akademen was founded in 1838). But all the Finnish academic male choirs sing lots of contemporary music and are amongst the most active in commissioning new music. In part this is because of the fact that there is not as much great male choir repertoire as the is music for mixed voices. It is not the whole truth: I think (academic) male choirs have a tradition of trail-blazing and curiosity. Fortunately, it seems that our audiences share this trait.

In Saturday’s concert it is not only the music that testifies to this curiosity. We incorporated video art to the pieces of a concert a year ago and we will be featuring the ‘best of’ from that concert. The ‘Birds’ concert a year ago was a real risk, because all we had in the beginning was an abstract idea (let’s do something with video art). But, as it most often goes, we found the right person to work with and the result was quite something else. If I’ve learned one thing in this profession, it is that good ideas and perseverance most often lead to great results, sometimes even magic.