As I come to the second half of the classics series, I am starting see patterns emerging. The first pattern is how intertwined the lives of these composers seem to be, and the second how all works somehow tie in to the artistic and political situation of the time of their inception.

The first generation of my composers was born between 1865 and 1887, and the second one, consisting of five composers, between 1910 and 1928. This second wave, composers Nils-Erik Fougstedt, Erik Bergman, Bengt Johansson, Joonas Kokkonen and Einojuhani Rautavaara, represent the most important figures of what I would call a second golden period of Finnish choral music. Their major works form the core of the choral repertoire from the 1960s to the 1980s, and in the case of Bergman and Rautavaara, their influence lasts well into the 21st century.

To make a little more sense of what is to come, I feel I have to make a short excursion into the history of choral music in Finland from 1960 to 1990. As I claim above, these classics, or any other choral works for that matter, do not exist outside the musical, educational and political realities. If that is true, understanding those realities better will help to get a better grasp of the works.

Post-war Finland was the poor Nordic cousin for at least two decades. The war took a great toll on the country, it had to relocate 300,000 citizens from areas lost during the war, and top of all the suffering, Finland was demanded to war reparations to the Soviet Union. This period is often called the time of rebuilding and it saw the country move very quickly from a predominately agricultural society to an industrialized and urbanized society. It was not the time for musical follies and much of the music was nationalistic, patriotic and based on the style of the golden age before 1930.

Things started to pick up in the late 1950s and especially the 1960s. European influences became more general and the so called large generations born between 1945 and 1950 were politically much more radical and leftist than the generations who had been through the war. This changed the landscape of the arts, as well. Modernism went hand in hand with political radicalization and music was (at least to a degree) liberated from nationalistic purposes.

The period from 1960 to 1990 saw an unprecedented rise in Finnish music generally, and in choral music specifically. The key ingredient was the music education system built in the 1960s and 1970s. It consisted of two pillars: a music-class system in the public school system and the extra-curricular, heavily state-funded music institute system. Both were nationwide and built on the premise of making music education accessible to talented children and youth irrespective of wealth or location.

The music-class system was strongly modeled on the Hungarian, with solfége and choral singing as the core activities. Every town had one school, bigger towns several schools, in which one class per age level was a designated music-class with several hours of music a week. Every class formed its own choir and there was often a representative choir for the whole school, in some cases for the whole town. The extra-curricular music institute system was gradually built on mainly Germanic models with a strict curriculum and well-defined progressive courses in solo subjects, as well as theoretical subjects. The overlap between the two systems was considerable, which meant that at best 5-10% of Finnish children and youth received a thorough musical training. Even the fairly excessive network of 17 professional orchestras was partially argued to be necessary as a means of ensuring that good instrumental teachers would be available all around the country. Music education and classical music were seen as valuable national projects and this is reflected in their institutional character: both the music institutes and orchestras are still funded through legislation.

Two waves of development in the choral field are tied to improved music education. The chamber choir movement arose in the late 1950s and flourished until the early 1990s. The main figure in this movement was Harald Andersén, founder and long-time conductor of the Radio Chamber Choir and main teacher of conductors at the Sibelius Academy. Andersén saw what was happening in the other Nordic countries and formed new choirs based on the same principles: a lighter, more agile use of the voice, smaller choirs, and a repertoire that consisted mainly of new music and early music, mainly bypassing the traditional National Romantic repertoire.

From the very beginning, this new movement caused a splash. Supporters of the traditional choral sound and repertoire called this new style ghost singing (i.e. not full-blooded enough). But gradually, the new choirs started gaining ground and by the 1980s, their ideals had swept through the choral community a little like the historically informed Baroque movement has changed the way we expect to hear early music. A key element to the success was the focus on new music. Composers found that there were choirs that could sing even their more complex music without compromise. This egged composers on and successful collaborations encouraged in practice all the serious classical composers to write for choir. These new works, in turn, stretched the choirs and pushed them forward.

The next wave is directly connected to the music education system. In 1950, there were a handful of children’s or youth choirs in the country. Two decades later, there were hundreds. The foremost choirs traveled the world and amazed audiences by performing demanding new music. Again, there was a paragon: The Tapiola Choir, founded in 1963 as a school choir. Erkki Pohjola, the founder and conductor, hit upon commissioning music for his choir from established classical composers. This model swept throughout the community. It is worth noting  that this was completely abnormal at he time. Children singing in two-part harmony with piano accompaniment was the norm in all corners of the world. As important was that the music the Finnish youth choirs were singing was written by heavy-weight, established composers. 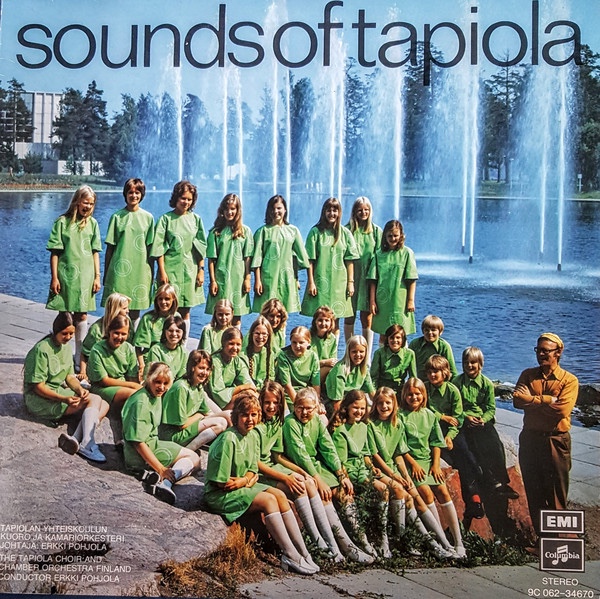 Both of these movements lost momentum in the 1990s. In the case of the chamber choirs, it would perhaps be fairer to say that the movement lost the sense of a homogenous cause and turned more into a more diverse movement with a many ideals and aims. The youth choirs, however, clearly ran out of puff as the original generation of conductors retired and the music class system came under attack as elitist and unequal (the classes tended to be academically excellent, as well). Both movements, however, left indelible marks in the choral landscape, not least in the musical treasures created for them.

I will return to our classics in my next post and can concentrate on the works more now that the lay of the land is clearer. As a reward for those who taken the time to read this, I include a playlist of some of the major forces of the movements described above.